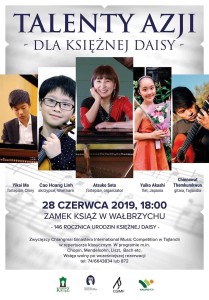 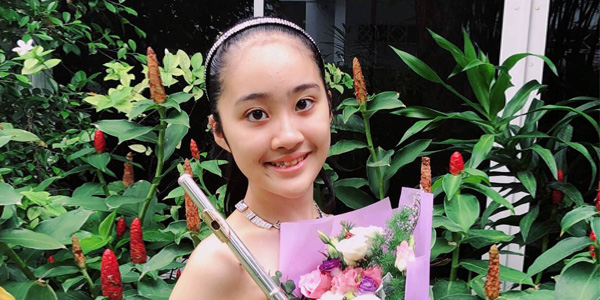 Yuiko lives in Bangkok since 2015 because of farter’s job assignment .
She is Grade 8 at International School Bangkok. 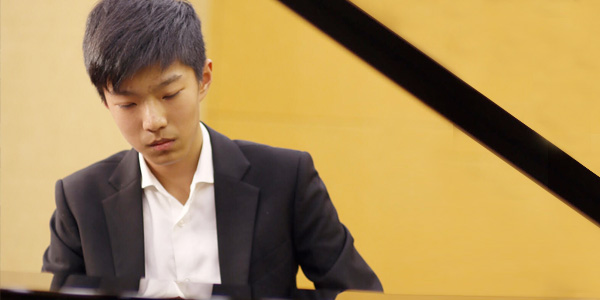 Young Pianist, Yikai Ma, was born in Wuxi, Jiangsu, China in 2006. He began to study the piano when he was 5 years old.
Through 8 years devoted efforts, Yikai has won many music competitions in domestic and international levels. Such as the Diamond Award in the 8th Hong Kong International Youth Arts Festival; the 1st prize of 2015 “Pearl River” Cup Piano Competition in Jiangsu, China; the 2nd Prize of 7th Steinway Piano Competition (East part of China Region), and the 2nd prize and Ginastera Special Prize in Ginastera International Music Festival and Competition (Group B) in 2018, Chiangmai, Thailand.

Most recently, Yikai awarded the Gold prize in the Golden Key Music Festival Piano Competition, New York, U.S.A., which led him a successful Carnegie Hall debut in Spring 2019. He has recorded the complete Moszkowski Etudes Op.72 for Zhejiang Educational Publishing House, and the new CD album will be released in Summer 2019.

Being good at mathematics and interested in computer science, Yikai is freshman of Wuxi Foreign Language Middle School, and he has represented the school and city in various music communication and performance activities. 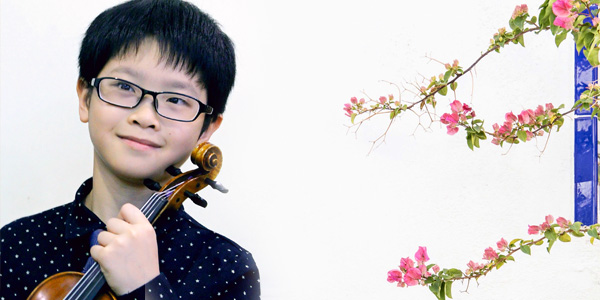 Cao Hoang Linh was born in 15/12/2006 (12 years old). He has studied violin with teacher Do Xuan Thang at Vietnam National Academy of Music since from 2014. As a student he is considered among the best in the String department. He has received high praises from teachers and professionals for his performances.
In 2016 and 2017 Cao Hoang Linh was awarded a full scholarship to attend the International Music Sessions (IMS), a summer music camp in La Jolla and New York Sessions, USA. In 2017 Cao Hoang Linh studied at the String Summer Institute at the University of North Texas, where he was a student of Professor Julia Bushkova. At both places he was also evaluated as a promising young talent through his impressive performances.
Also in 2017, Cao Hoang Linh was awarded the "Vietnam Classical Music Young Talent" award and was invited to perform in the "Vietnam Connection Music Festival – VNCMF" concerts series.
Cao Hoang Linh attended several international music competitions and achieved many successes:

Cao Hoang Linh performed with some orchestras in Vietnam. He was honored to be invited to perform at the UK's Royal Albert Hall (London, England) in April 2019. 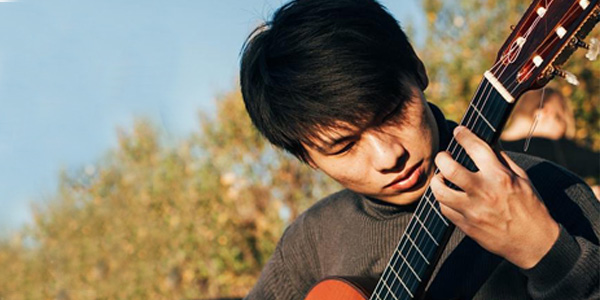 Chinnawat Themkumkwun was born on July 3, 1994 in Bangkok, Thailand. He started playing the classical guitar when he was fifth-teen years old. In 2010 he was admitted to the Young Artist Music Program at College of Music, Mahidol University and studied classical guitar with Nalin Komentrakarn. He was awarded scholarships of classical guitar department and from 1st Gold Medal Prize of SET Youth Music Competition. He graduated in Young Artist Music Program with Excellent Student Award with highest GPA. In 2013 he continue his undergraduate and studied classical guitar with Dr. Paul Cesarczyk and Dr. Rattanai Bampenyou. He graduated in Bachelor of Music (Classical Music Performance) with 1st class honors.
He has won over 30 prizes of music competitions such as :

Chinnawat have been awarded the ASEA-Uninet scholarships (Ernst Mach grant) to study classical guitar at the Mozarteum
University Salzburg, Austria with Prof. Marco Tamayo from October 2017. In addition, He still have international guitar competition as the “representative of Thailand” and concert as the “Artist” 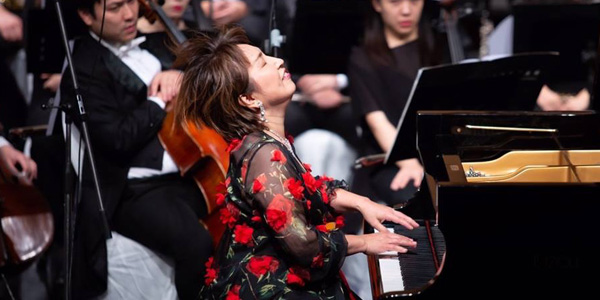 In 1977 Atsuko Seta graduated from the Department of Music, Piano Course, Osaka Kyoiku University. In 1978, she completed a Postgraduate Course, starting her career as a pianist, mentored by Argentine pianist Eduardo Delgado. She also studied at the International Academy Friedrich Wilhelm Schnurre in Sion, Switzerland in 1991 and has performed concertos in the country.
In 1996, Atsuko won the Top prize of the Masterplayers International Music Competition in Italy. Her talent has been noticed by the president conductor Maestro Schumacher. “This phenomenal Japanese pianist has played to standing ovations. One of the greatest pianists I have ever heard !” (Richard Schumacher)
Since 1997, she has performed in Europe every year, especially Piano Concertos with Sudety Philharmonic in Poland. “Extraordinary technique exceptional sound and dynamic impetuous temperament” (Walbrzyski Tygodnik,Poland)
In 2003, Atsuko Seta received the Music Critic Club Prize, which is given to the most active musician in West Japan. In 2004, she received the IBLA Grand Prize Ginastera Special Award in Italy. In 2003 and 2004, she began performing piano concertos with the Lebanese National Symphony Orchestra, the first Japanese pianist to do so.
In 2005 she visited the United States, performing in Los Angeles and New York City, giving Ginastera recitals at the Yamaha Center and at Carnegie Hall and New York University during which she performed Ginastera Sonata No.1 amongst others.
“Japanese Pianist Atsuko Seta is one of the true highlights of the evening, she is obviously in love with the music of the 20th Century Argentinean master Alberto Ginastera. She presents his music with such abandon and high-wattage enthusiasm,smiling with such delight in what she is creating.” (Jeffrey James)
In 2006, Atsuko performed premiere Ginastera Piano Concerto No.1 with Sudecka Philharmonic in Poland. In 2007, Grieg Piano Concerto with Sofia Philharmonic in Bulgaria. In 2011, Chopin Piano Concerto No.1 with Osaka Doctor’s Philharmonic in Japan. In 2012 Rechmaninoff Piano Concerto No.2 with Ternopil Philharmonic in Ukraine. In 2013, Solo Recital in Italy and Germany. In 2014, Solo Recital in Holland.
In 2016, Chopin Piano Concerto No.1 with Ternopil Philharmonic in Ukraine, Ginastera Recital at Leipzig Hochschule “ Felix Mendelssohn Bartholdy ” in Germany.
In 2017 Beethoven Piano Concerto No5 with Hanoi Philharmonic Orcestra in Vietnam.
Since 2008, she has been living in Thailand Chiangmai with her husband, performing many Solo Recitals and Piano Concertos with Chiangmai Philharmonic Orchestra. Currently teaching as a guest professor at Payap University Music Department. In April 2015, she organized Japan Concert Tour with her students, this was aired on Japanese TV. She founded Chiangmai Ginastera International Music Competition in 2016, be working wonderfully as an artistic director.
2018 She moved to Poland Szczawno-Zdroj where she was awarded the title of honorary citizen.